About the Community Emergency Response Team 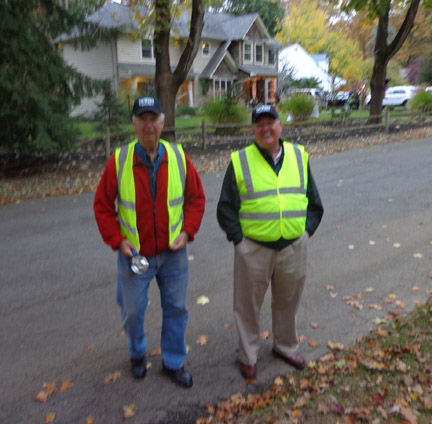 Following a major disaster, first responders who provide fire and medical services will not be able to meet the demand for these services. Factors as number of victims, communication failures, and road blockages will prevent people from accessing emergency services they have come to expect at a moment’s notice through 911. People will have to rely on each other for help in order to meet their immediate life saving and life sustaining needs.

One also expects that under these kinds of conditions, family members, fellow employees, and neighbors will spontaneously try to help each other. This was the case following the Mexico City earthquake where untrained, spontaneous volunteers saved 800 people. However, 100 people lost their lives while attempting to save others. This is a high price to pay and is preventable through training.

If we can predict that emergency services will not meet immediate needs following a major disaster, especially if there is no warning as in an earthquake, and people will spontaneously volunteer, what can government do to prepare citizens for this eventuality?

First, present citizens the facts about what to expect following a major disaster in terms of immediate services. Second, give the message about their responsibility for mitigation and preparedness. Third, train them in needed life saving skills with emphasis on decision making skills, rescuer safety, and doing the greatest good for the greatest number. Fourth, organize teams so that they are an extension of first responder services offering immediate help to victims until professional services arrive.

The Community Emergency Response Team concept was developed and implemented by the Los Angeles City Fire Department (LAFD) in 1985. The Whittier Narrows earthquake in 1987 underscored the area-wide threat of a major disaster in California. Further, it confirmed the need for training civilians to meet their immediate needs. As a result, the LAFD created the Disaster Preparedness Division with the purpose of training citizens and private and government employees.

The training program that LAFD initiated makes good sense and furthers the process of citizens understanding their responsibility in preparing for disaster. It also increases their ability to safely help themselves, their family and their neighbors. The Federal Emergency Management Agency (FEMA) recognizes the importance of preparing citizens. The Emergency Management Institute (EMI) and the National Fire Academy adopted and expanded the CERT materials believing them applicable to all hazards.

The CERT course will benefit any citizen who takes it. This individual will be better prepared to respond to and cope with the aftermath of a disaster. Additionally, if a community wants to supplement its response capability after a disaster, civilians can be recruited and trained as neighborhood, business, and government teams that, in essence, will be auxiliary responders. These groups can provide immediate assistance to victims in their area, organize spontaneous volunteers who have not had the training, and collect disaster intelligence that will assist professional responders with prioritization and allocation of resources following a disaster. Since 1993 when this training was made available nationally by FEMA, communities in 28 States and Puerto Rico have conducted CERT training.

CERT is about readiness, people helping people, rescuer safety, and doing the greatest good for the greatest number. CERT is a positive and realistic approach to emergency and disaster situations where citizens will be initially on their own and their actions can make a difference. Through training, citizens can manage utilities and put out small fires; treat the three killers by opening airways, controlling bleeding, and treating for shock; provide basic medical aid; search for and rescue victims safely; and organize themselves and spontaneous volunteers to be effective.

Stay up to date with latest Coronavirus info from the borough (updated 5/29/20). CLICK HERE.
Hello. Add your message here.